Technology Control: can there be too much of a good thing? 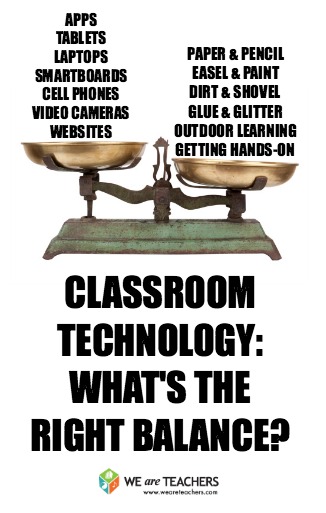 Education is changing with the use of technology. I am conflicted about whether or not it’s a good thing or a bad thing?  So  I decided to poll my friends who are teachers to see what they think.  I sent it to 25-30 teachers from Anchorage, Fairbanks, Texas and Florida, but only 13 responded.

BIAS:  Obviously there was an immediate bias.  I don’t have any teacher friends who aren’t using a lot of technology in their classrooms.  So….this survey was already somewhat flawed.

I knew that some of these teachers were more proficient than others With that, I decided to ask some base questions.  Only 1/3 of the teachers had done video conferencing, while ¾ of them had done classroom social networking like Ning and Wiki.  At least one thought social networking added too much complexity/work to the class.  Only three teachers read more than 4 blogs every week. 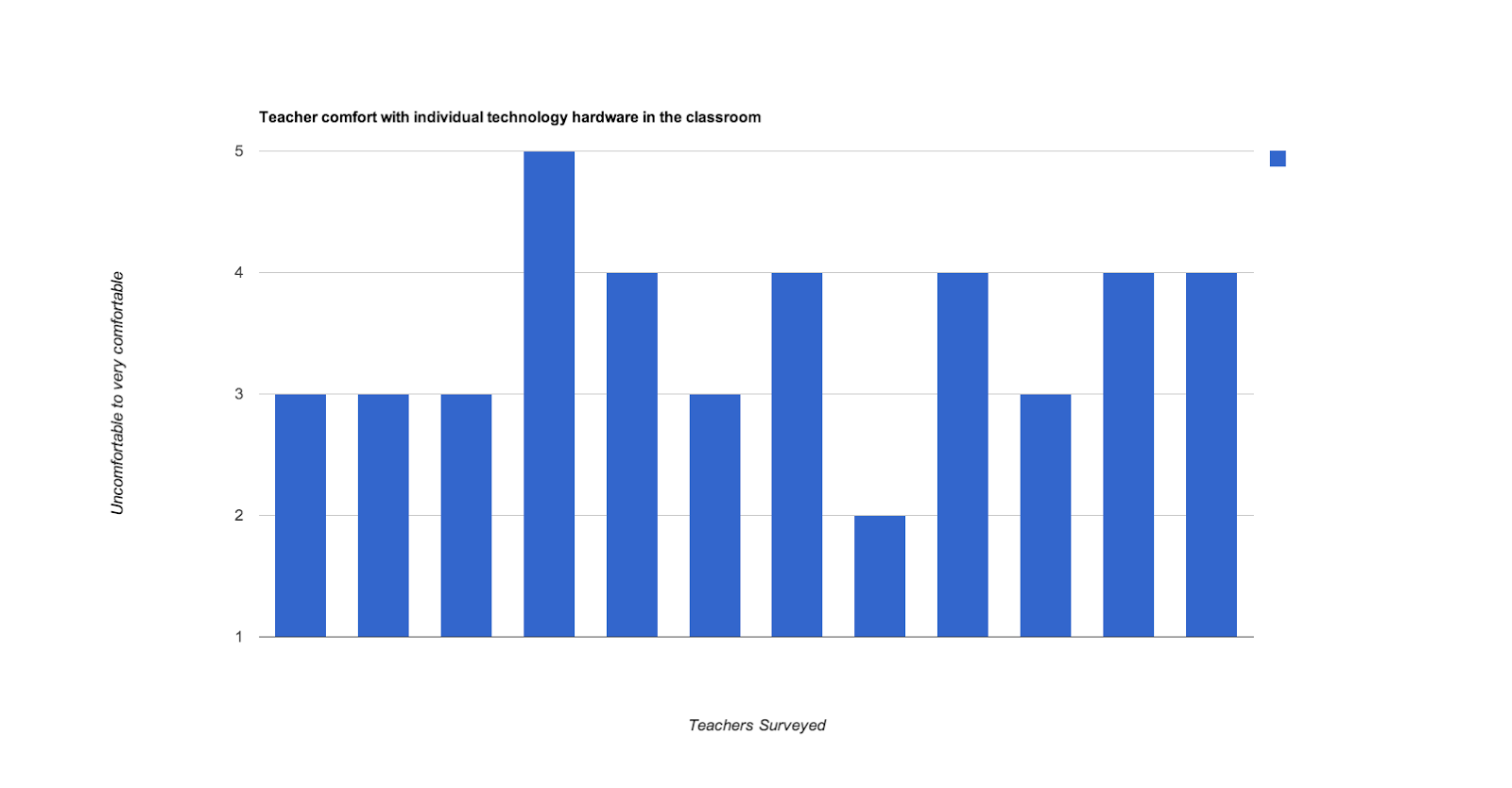 As I suspected, most of them feel pretty confident about ipads, kindles, iphones and laptops.  So then I asked them to expand on their answers 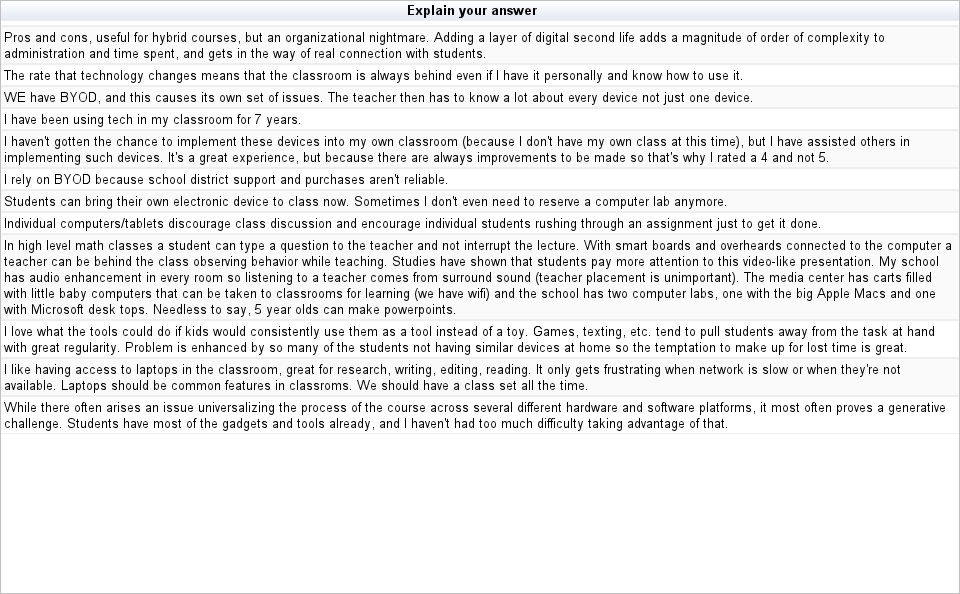 What I noticed was that several of these teachers are relying on the technology the kids bring with them.  That means they don’t have to feel like they have to know it all, use it all, or problem solve it all.

So, then I asked how often they used Participatory Tools in their classrooms. 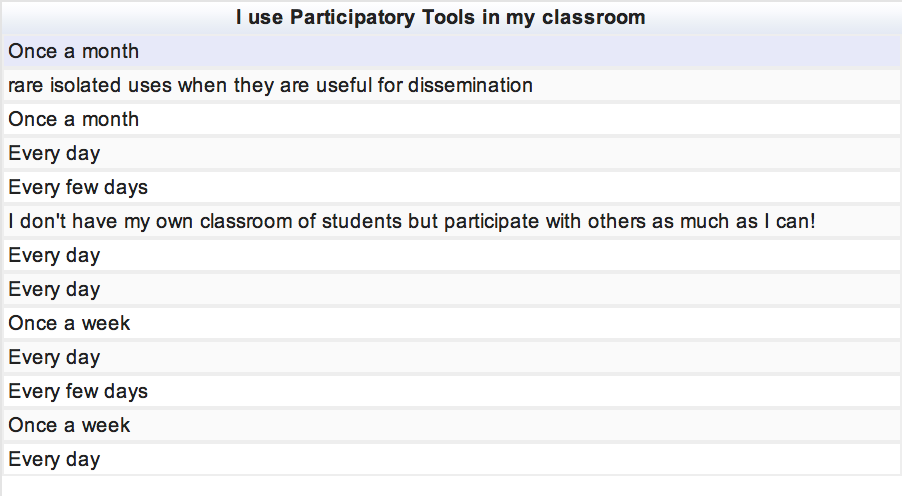 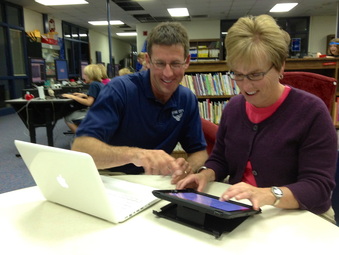 This was telling.  Over ½ of the teachers use participatory tools every day or every other day. However, if those are the kids bringing their own devices, it’s no wonder they are feeling like using the tools more.

Thanks ipad PD for this picture. 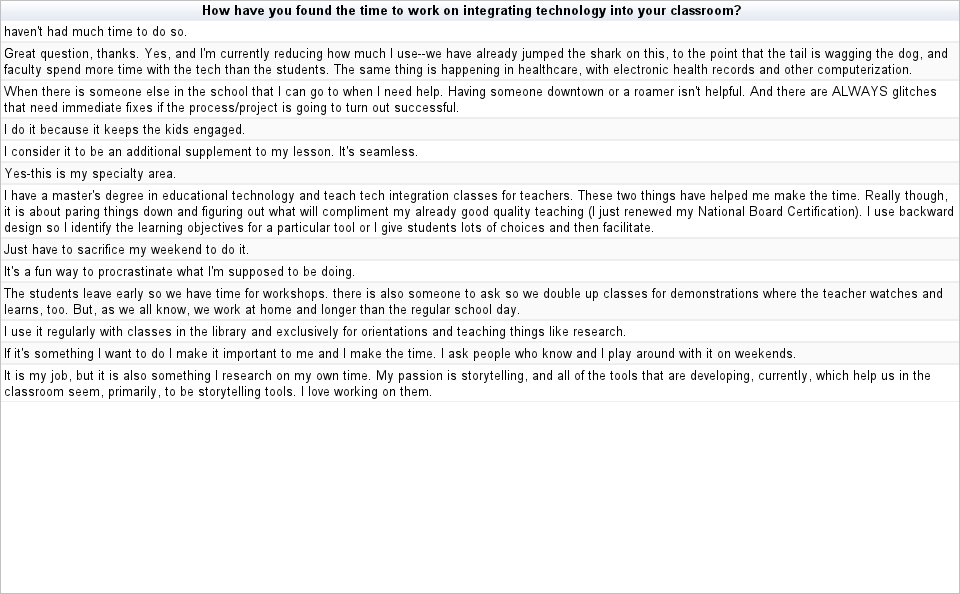 From the answers I received, it seems most of these teachers do it because they are good teachers and they make time.  Only one said that they have workshops, but then added that he/she has to follow up at home.

Thanks to ParentVoice for the image

So what did they say about spending school money? 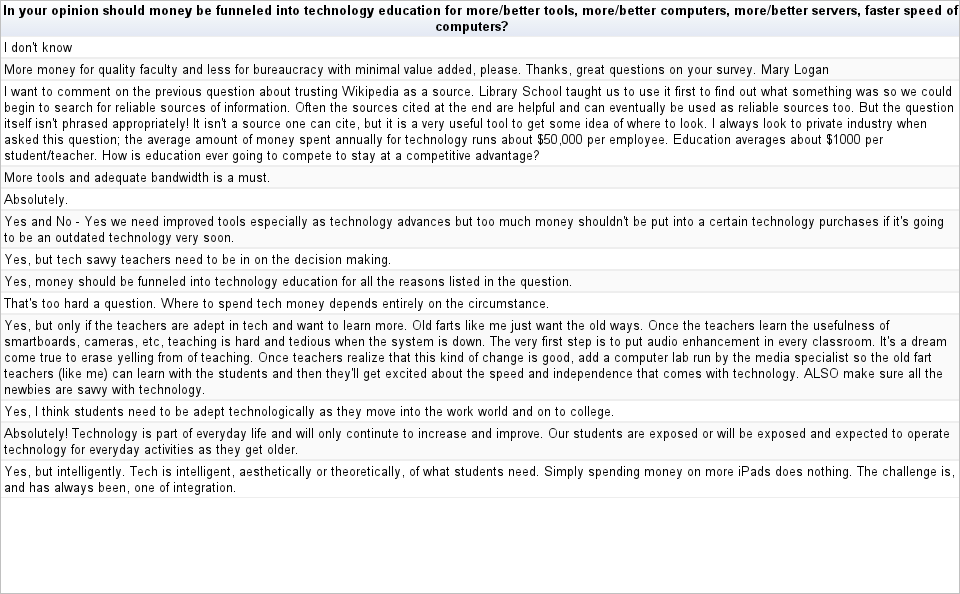 It was almost unanimous that money should be spent on technology, but there were a lot of qualifiers.  My favorite answer was the $50,000 per employee in the private sector spent on technology while in education it’s considerably less.  That indeed says it all.

Thanks Reclaim Reform for the photo.

But money isn’t the only problem.  According to these educators there are a lot of other problems. 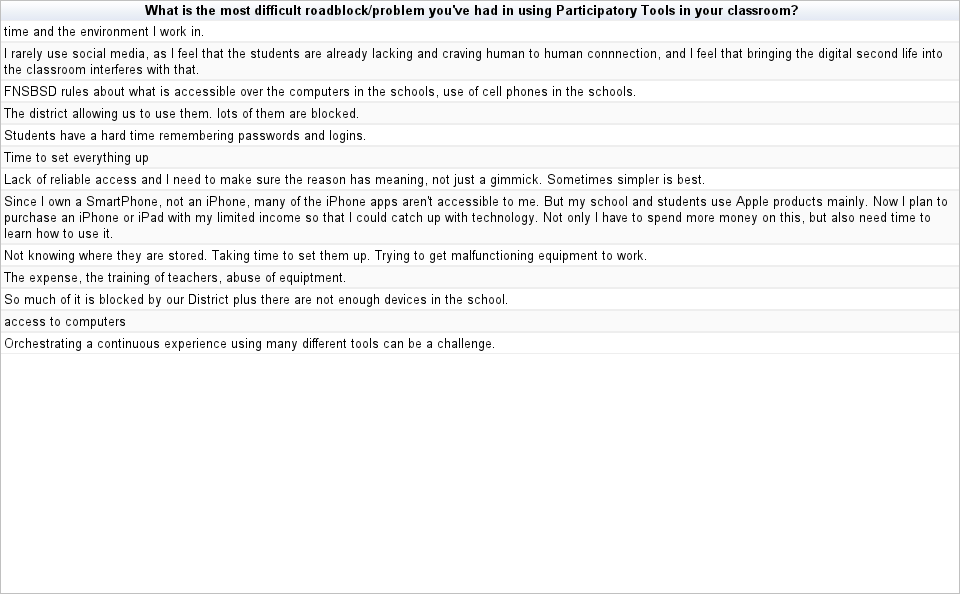 These problems seem overwhelming, yet many of these teachers are still doing it.  Why?  It’s a belief system. 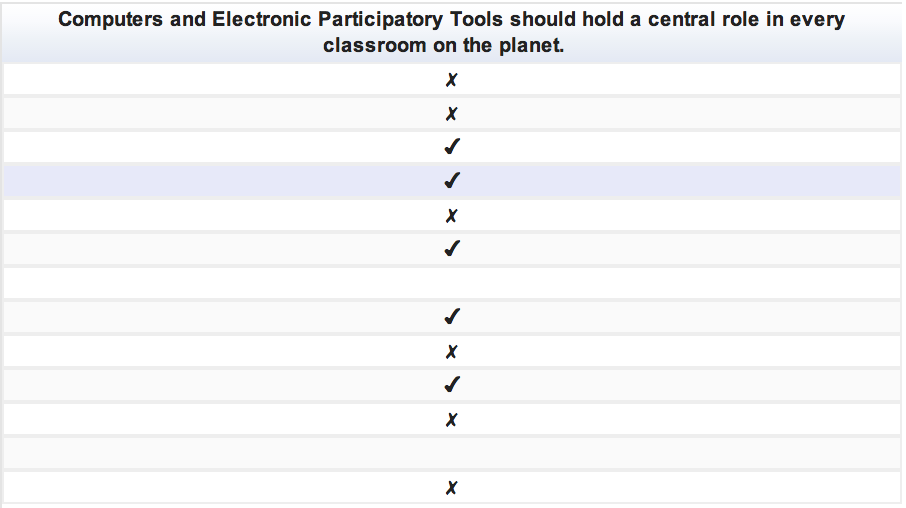 It was a tied vote.  In the blank spaces one said that it depends on teacher training and the other said they should play part of the central role, not the whole thing.   So if these teachers are average, the jury is still out on technology’s role in the classroom:  to be central or not so central.

Whether or not it should be central, does not mean it is a magic bullet.  There are still many issues with the use of technology.  These are the comments I loved that show my frustration with technology.

“(I am already) reducing how much (technology) I use–we have already jumped the shark on this, to the point that the tail is wagging the dog, and faculty spend more time with the tech than the students.”
“I rarely use social media, as I feel that the students are already lacking and craving human to human connnection, and I feel that bringing the digital second life into the classroom interferes with that.”

“The rate that technology changes means that the classroom is always behind even if I have it personally and know how to use it.”

“I rely on BYOD because school district support and purchases aren’t reliable.:

“ I love what the tools could do if kids would consistently use them as a tool instead of a toy. Games, texting, etc. tend to pull students away from the task at hand with great regularity. Problem is enhanced by so many of the students not having similar devices at home so the temptation to make up for lost time is great.”

So, education IS changing with the use of technology because of some savvy, techie teachers, but consistency, money, district rules, economically disadvantaged students, are all serious roadblocks for that change.  Teaching remains an occupation where teachers attempt to get the attention of their students.  Technology seems to be one method that works.  It should not be the only method and at least half of the teachers surveyed here agreed with me.  🙂